Last year I brought one beer to the New England Homebrewers Jamboree, a Galaxy IPA part of the North Shore Brewers single hop project. For 2016 I wanted to bring more beer, and more importantly I wanted to bring some unique beers. As jamboree loomed over the horizon I racked my brain trying to think of beers that would stand out in the crowd. Standing out among the 100 beers the club will probably bring, plus beers poured by the other clubs there is not easy. My beers tend to be fairly traditional in style and ingredient selection. In comparison to some of the out-of-the-box beers other homebrewers make, my beer can sometimes feel boring to me by comparison.

As we made the trip down to Homebrew Con I had a couple of ideas kicking around, but nothing I had put pen to paper to. Jamboree is the second weekend of September, it was getting close to time to plan out what I want to brew. During my Homebrew Con recap, I glanced over the seminars for the sake of brevity. I enjoyed all of the seminars I attended, but there were two seminars that gave me inspiration for jamboree.

The very first seminar we attended was How to Brew Like An All-Star presented by Denny Conn and Drew Beechum. Denny and Drew co-authored the book Homebrew All-Stars, and run the blog Experimental Brewing. I wasn’t sure exactly what the seminar would be about, but I had seen Denny on the BeerSmith Podcast several times and figured it would be interesting.

The seminar was a blast! Denny and Drew have great rapport, and Denny kept breaking out his ukulele. Jennie got a kick out of it too. I think that’s when she realized that she would have at Homebrew Con too. 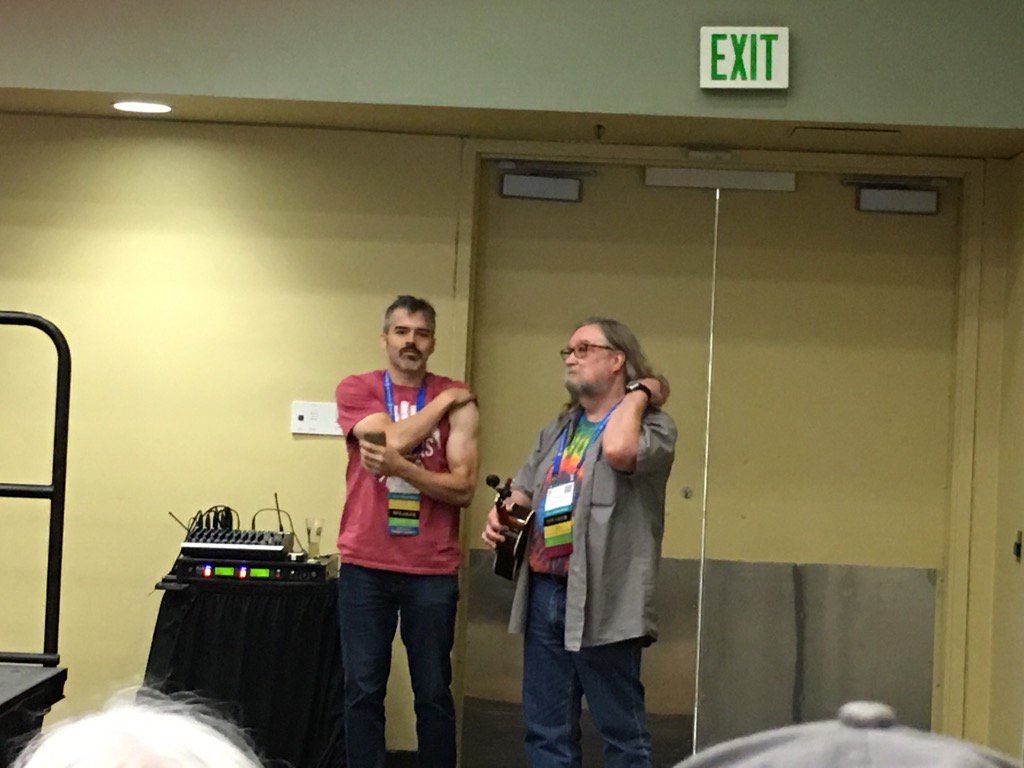 During the seminar, Denny and Drew broke down the four brewer personality types they identified.

They had attendees take a short quiz to determine his/her personality type. Before finishing the quiz I would have thought I was a recipe innovator. I am always working on recipes. For every batch I brew, I probably have made four times as many recipes. However, according to the results I am an old-school master. The more I thought about it, the more sense it made. A recipe innovator is a brewer who invents the first pumpkin peach ale and that’s not me. I came to realize that there is nothing wrong with being an old-school master, I am far from the only one out there, and being one doesn’t make me a bad brewer.

How to Brew Like an All-Star was a seminar I knew I wanted to attend from the beginning. Unfortunately, it is impossible to attend every seminar because there are several different ones going on at the same time. At 10:15 a.m. on Saturday there were about four seminars I was interested in. At the last second I decided to check out Regional American IPA: What’s Up with All the Crystal Malt?. The seminar was presented by Favio Garcia, co-founder of Lost Rhino Brewing in Ashburn, VA; Carrie Knose, co-owner of Living the Dream Brewing in Denver; and Paul Sangster, co-owner of Rip Current Brewing in San Diego. This seminar was awesome!

All three of the presenters discussed the regional differences in IPAs in their respective areas. They discussed the IPAs their breweries make, other prominent IPAs from their regions, and discussed some of the common characteristics of IPA within their region. To further illustrate the regional differences, each brewer brought an IPA to represent their region: Face Plant by Lost Rhino, Empty Trophy Case by Living the Dream, and What’s Up with All the Crystal Malt?, a collaboration by Living the Dream and Rip Tide to represent contemporary West Coast IPAs brewed just for the seminar.

The presenters did briefly discuss hazy New England pale ales and IPA. Being from New England, visiting Trillium, Maine, and Vermont it is certainly a style I am familiar with. I have also brewed Fort
Dummer and Alan’s Stepchild in the “New England” style.

Sometime after the seminar I realized exactly what I wanted to brew for jamboree: The United States of IPA! I will brew all three regional variants discussed in the seminar along with a New England IPA. Instead of trying to come up with the craziest recipe, ingredient, or process, I could stay in my wheelhouse and be the “old-school master” that I am. All four beers will be original recipes, no clone brews.

By grouping four distinct IPAs to jamboree, grouping them together, attendees will be able to taste the regional differences first hand. It should be a great way to brew and bring “regular” beer and present it in an engaging way people can be excited about.

As an added wrinkle the four recipes will all be completely different; none of the beers will have any ingredients in common. There will not be a single malt, hop, or yeast in common. This is partly to account for the regional differences, but primarily it is a way to have fun and use different ingredients.

Jamboree is the weekend after Labor Day. To have these done in time I need to get brewing!

Audio recordings and PowerPoint slides of the above Homebrew Con seminars are available here to all American Homebrewers Association Members.