One of the most notable trends in craft beer is tasking previously malty styles and hopping the ever-loving-crap out of them. Deschutes with its Chainbreaker, and locally Harpoon with Long Thaw have released White IPAs that take the malt and yeast profile of a witbier with the hop profile of an American IPA. When I brewed the Walk-Off White, a traditional witbier, I was pushing the envelope a little bit with a tiny hop addition at the end of the boil. Here I am turning the traditional witbier on its head. 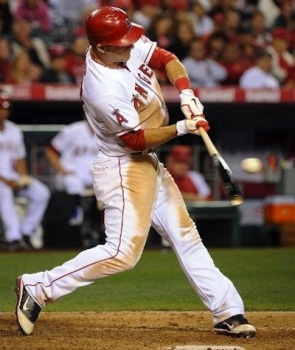 WAR IPA as in Wins Above Replacement, the baseball statistic. Mike Trout lead MLB in WAR in 2015. This beer and its brewer does not condone actual acts of war.

The Beer Judge Certification Program (BJCP) is in the process of updating its guidelines. Since the last version was released in 2008 there have been many new styles and sub-styles. Under the current guidelines the only IPA styles were English, American, and Imperial. Anybody who has been to a bottle shop the last few years know that those three styles aren’t nearly broad enough. The BJCP published draft guidelines in 2014 adding numerous new styles, including every genre and sub-genre of IPA that I have seen. There aren’t a ton of widely distributed White IPAs on the market or recipes out there. The draft guidelines for White IPA were my starting point.

I also referenced the excellent Homebrew Beyond the Basics. Author Mike Karnowski has a recipe IPA Three Ways. The base recipe was an American IPA. A pound of base 2-row barley malt could be swapped out for a roasted malt to make a Black IPA, or half the base 2-row can be swapped for wheat to make a White IPA. I used his hop schedule as a guide, but changed some of the hop varieties he used based on what I had on hand and what I wanted to use.

From there I made a few changes from the Walk-Off White. Per Allagash founder Rob Tod’s advice I added some flaked oats for body and mouthfeel. The wheat in the Walk-Off White was all flaked, unmalted wheat. This time around I used mostly malted white wheat. I look forward to comparing what the differences in malt profile does to the flavor and appearance of the beer.

When I got a refund for my expired Belgian Wit 3944 yeast the owner of the shop was apologetic and said if I kept the yeast starter on my stir plate the dormant yeast would pick up eventually. Sure enough after two days on the stir plate there was the faintest signs of fermentation. Twelve hours later there was a thick krausen. By the next morning it had blown the foam stopper off the flask. I tasted the starter beer. It tasted green, but there were no other noticeable off flavors so it should be okay to use in a beer. I decided to use it in the WAR IPA so I can compare it with the Walk-Off White and decide which strain to use going forward.

As a five gallon batch I brewed on my stove top I needed to use corn sugar and plenty of extract to have enough fermentable sugars to finish with an ABV of over 6.5%. I always use Briess or Maillard Malts extract (Northern Brewer) for American styles, and Munton’s for British styles. The American Homebrewers Association published an article where they brewed the same recipe with several different brands of wheat malt extract, and an all-grain batch as a control. Coopers Liquid Malt Extract actually finished first, but because I am stupid and as Roger Clemens would say “misremembered” the article I purchased Alexander’s. Crucially for a White IPA that ideally should be as light as possible, the fact that both finished as the lightest as all the extract brands should help make sure the beer doesn’t finish overly dark.

The extract comes in a four pound aluminum can. Maybe being in a can as opposed to plastic reduces oxidation which can cause extract to darken. I added it at flameout and probably added it too quickly. When I transferred to the fermenter there was undissolved syrup at the bottom of the kettle. I also didn’t finish with enough wort and had to add even more top off water. It wasn’t fully mixed and I couldn’t obtain an accurate hydrometer or refractometer reading.

The WAR IPA and Walk-Off White are both intended to be light-bodied beers. That requires a longer mash. Both beers used Belgian Pilsner malt which can be prone to production of DMS, which gives the beer a canned-corn or cabbage aroma. A longer boil and quick cool down help negate DMS production. The longer mash and boil added an hour to my brew day. I’m looking forward to brewing fuller bodied Irish beers that won’t require as much time.