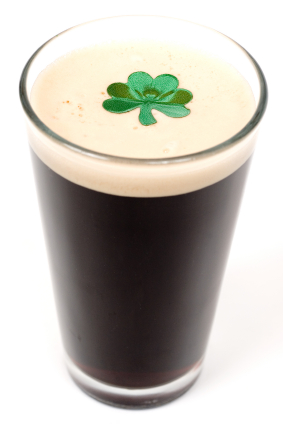 Typically I would use my stir plate, and prepare a yeast starter to build up enough yeast cells to pitch into the beer. My upcoming high-gravity beers are going to use the same yeast, 1084 Irish Ale. To make yeast starters for both of the beers I would have to make a starter, probably step it up again to have enough cells, and repeat for the second batch. That means I would have to spend four different weeknights boiling extract and cooling it down in an ice bath. Not exactly what I want to do after getting home from work or the gym.

Brad Smith, in addition to developing the BeerSmith Software, and BeerSmith Mobile (which I use to develop my recipes), hosts the popular BeerSmith Podcast and has a weekly blog.  The BeerSmith Mobile app comes pre-loaded with two of his recipes. BeerSmith’s Dry Irish Stout is one of his house recipes that he always has on draught at his home. Brad’s tasting notes are, “One of my favorite stock beers – I always keep a keg on hand. Rich flavored dry Irish Stout that is very simple to make. Perfect every time!”. Brad Smith has been brewing beer since I was in grade school. This should be an easy, fun, and tasty beer to make.

The beer is very similar to Guinness Draught, if not an outright clone. A huge portion of the grist is unmalted flaked barley, and there is only one first wort hop addition. This stout should be very smooth. The major difference between what I am going to brew and a Guinness is that my beer will not be nitrogenated. With the right equipment you can serve homebrew on nitro. That is somewhere on my homebrew wishlist, but isn’t an option at the moment.

Nitrogenating beer was developed as a way to replicate cask ale in bottles and kegs. Like with the Welkin Ringer ESB clone I brewed, I will lightly carbonate the beer to try and replicate the mouthfeel and carbonation of beer out of the cask.

A popular new method to replicate cask beer without an actual cask is using a polypin, a flexible plastic container that can withstand pressure. I obtained a one gallon polypin that I will use for this brew. It will be interesting to compare my beer on “cask”, to a bottle of the beer, and to a Guinness Draught out of a nitro can. My plan is to bottle the other four gallons. I could also keg some of it if anyone I know is having a party on St. Pat’s.